● Gene expression: It can detect small changes with high accuracy and good repeatability.

● Mutation detection: It can detect low-level mutant genes and has high sensitivity for detecting mutant sequences.

● Increase accuracy by increasing the number of PCR reactions

● Simple and easy-to-use workflow, can detect 96 samples at a time 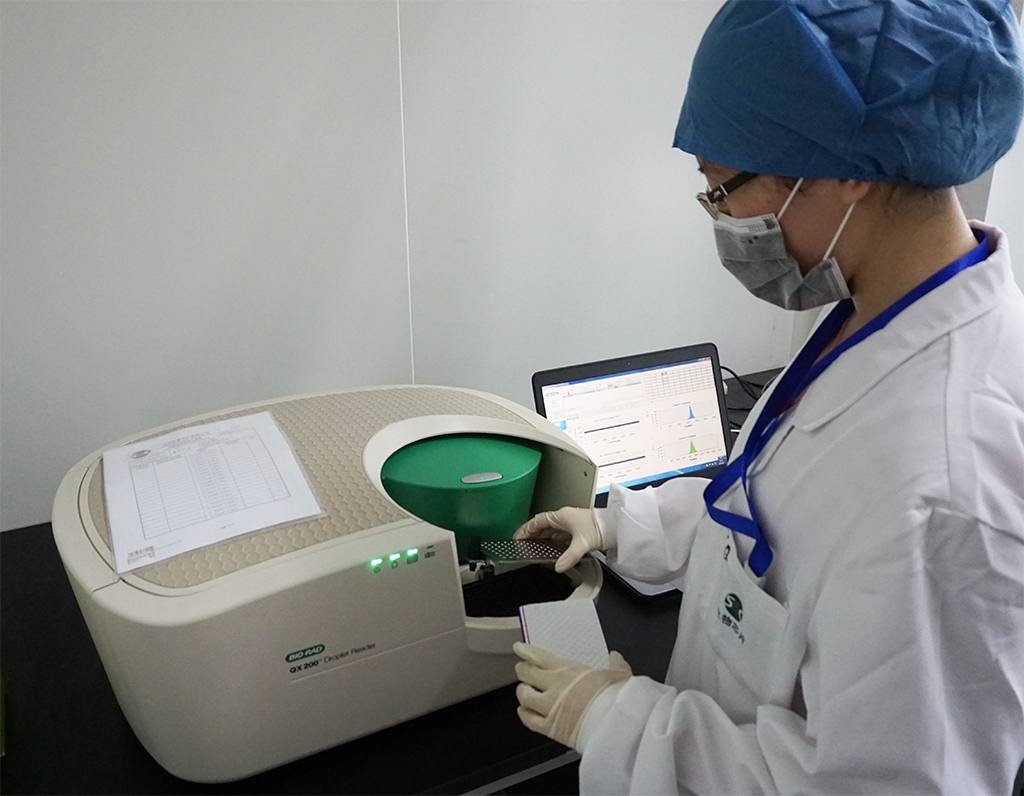 Digital pcr
넲 넳 넲
Digital PCR (dPCR)
An absolute quantification technique for nucleic acid molecules based on the Poisson distribution principle. Thousands of droplets are formed by a droplet generator, each of which is either free of or containing one to several nucleic acid target molecules. Each single molecule is subjected to PCR amplification, and the probe is used to detect a target of a specific sequence. Subsequently, each droplet is tested for the fluorescence signal one by one. Finally, according to the proportion of the positive droplets, and according to the principle of Poisson distribution, the copy number of the target molecule to be detected is calculated by software.
Download
I want to consult